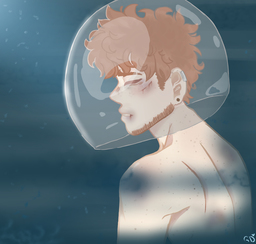 Cost: $515
Program Description: In this 2 week musical theater program, campers will experience all the magic of putting together and performing in a Broadway musical. Every camper will have the opportunity to perform and all experience levels are welcome! For the future "techie", some technical theater opportunities (lights, sound, stage management) will be provided as well.
The program will conclude with two performances of the musical on Thursday, June 27, in Jones Theatre at 10:00 am and 1:00 pm. These performances are open to families of the performers and other campers (as space allows).
This summer's show is TBD.
What to Bring: Participants need to bring their lunch daily and a water bottle is recommended.
Program Instructors:
Jason Sharp- Mr. Sharp currently serves as the Middle and Upper School Drama instructor at Ravenscroft and Technical Director for Vance Granville Community College. He holds a BFA in Music Theatre from Shenandoah Conservatory and numerous professional acting credits. Locally he has worked with Theatre Raleigh, Theatre in the Park, Theatre of the American South, Justice Theatre, Stage Struck, and Bare Theatre. Mr. Sharp has taught the arts in NC since 2003 and is thrilled to have this opportunity!
Cameron Bolin- Mrs. Bolin is a trained pianist, vocalist, conductor and educator. She holds a bachelor’s degree in Piano Performance, as well as a Master’s of Arts in Music Education, K-12 from the University of North Carolina at Chapel Hill. Mrs. Bolin joined the Lower School and Fine Arts Departments in 2011 as the General Music instructor for Pre-Kindergarten through Grade 3 and Choral Director for 3rd-6th. In 2015, she moved into the role of Middle-Upper School Choral Director and Coordinator of the Private Lessons program. Prior to her teaching at Ravenscroft, Mrs. Bolin was the Upper School Choral and Musical Theatre Director at Trinity Academy of Raleigh and also taught at Marymount International School in Rome, Italy during a summer abroad. She has taught a private piano studio for 10 years and has performed as a pianist throughout the Triangle with the Raleigh Symphony Orchestra, Chapel-Hill Carrboro and Orange County Schools, NC State Theatre and the Raleigh Little Theatre. Mrs. Bolin also sings alto in the North Carolina Master Chorale, and is a member of MTNA, NCMEA and RPTA. She was the recipient of the Qubain Award for Teaching Excellence from Ravenscroft in 2013.
Russell Vacanti- Mr. Vacanti is the Stagecraft Instructor & Theatre Manager. He came to North Carolina in 1991 from New York. He has served as Technical Director for Stage Struck Theater in Goldsboro, N.C., and Theatre Lighting Technician for the City of Goldsboro. He taught history at Mount Olive College, Wayne and James Sprunt Community Colleges and Wake Technical Community College. He holds a B.A. in Performing Arts and an M.A. in History from State University College of New York at Buffalo. Mr. Vacanti has worked with many area theatre companies including Durham Academy and Burning Coal. He continues to be an active director and board member of StageStruck; The Young People's Own Theatre, based in Goldsboro, NC.

A Message From the Director