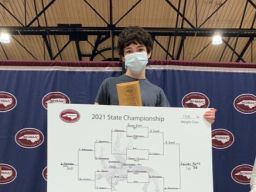 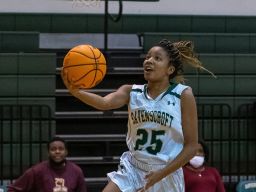 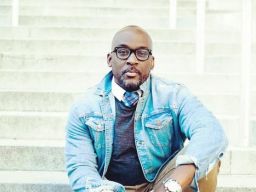 We are thankful for our faculty and staff!

As the season of gratitude and celebration begins, we’d like to thank our faculty and staff, who have done such a remarkable job this year.

We’d also like to welcome a few new Ravens to our school community! We are so grateful they have joined us.

Samara Brown has a bachelor’s degree in psychology from North Carolina A&T State University, where she played volleyball, and has recently completed her master’s degree in mental health counseling from Northwestern University. She is the head coach for the JV volleyball team and served as a proctor in the Upper School before becoming the long-term substitute for Anna Nethery’s AP Psychology class. She is excited to bring her knowledge of mental health to the classroom and the court.

FUN FACT: She has two pets at home — an all-Black standard poodle named Delilah and a ball python named Simon!

Jim Corrigan is a graduate of Duke University (Class of ’80) and began coaching basketball the following year at Northern Durham High School. From there, he moved to Bishop McGuinness for five years, teaching geometry and computer science and coaching basketball. After seven years of coaching high school, Jim moved on to William and Mary for seven years, followed by 23 years at Old Dominion University. Then he returned to Duke for three years until this past July.  All together, Jim has coached basketball for the last 40 years! Jim has joined Ravenscroft as a proctor in the Upper School.

Fun fact: Jim’s first coaching experience was as an assistant to one Kevin Billerman at Northern Durham High School, 1980-1982.

Sydney Hand, a Raleigh native, is excited to be working in Ravenscroft’s Lower School as a teacher assistant in third, fourth and fifth grades! Sydney graduated from Appalachian State University with a B.S. in Public Relations and Communications and is currently back in school to get her North Carolina Teachers License with hopes of becoming an elementary school teacher.

FUN FACT: Sushi is her favorite food and she has been eating it since she was 4 years old!

Colby Morin has joined Upper School as a science teacher. She first got into the world of education after graduating from Oakland University with a degree in microbiology. She joined a nonprofit organization and was placed in eastern North Carolina, where she taught high school biology and earth and environmental science.  She fell in love with teaching and has been in the classroom and supporting the work of teachers ever since. Colby loves the outdoors, music and sports, specifically volleyball. She and her husband of seven years, Bryan, have three children and one “fur baby.” The family moved to Holly Springs from Rocky Mount in 2015 and love it here in the Triangle.

FUN FACT: She played collegiate volleyball for three years, until an early-season injury ended her career as a player but opened the door to being a coach. She has coached at the high school and club levels.

Maddie Steinmetz joins the Science Department teaching Honors and AP Chemistry. She previously taught at Triangle Math and Science Academy, where she coached and sponsored a health science club. She holds a B.S. in Chemistry and B.A. in Education from Case Western Reserve University and will complete her M.Ed. in Integrated STEM Education from Purdue University in March. When she is not in the classroom, she likes to spend her time hiking, backpacking and playing strategy board games. She is very excited to join the Ravenscroft community.

FUN FACT: She has a 55-pound dog named Atlas that acts like a lap dog.

Quentin Taylor ’13 is truly excited to be back at Ravenscroft as a student proctor. He looks forward to helping in any way he can, both in the classroom and with athletics.

FUN FACT: He rode all the roller coasters at Disney World, despite being afraid of heights.

Brittany Tyson is a Lower School teacher assistant in third, fourth and fifth grades. Brittany is originally from Wadesboro, North Carolina. She earned her Bachelor of Arts from the University of North Carolina at Greensboro. When Brittany is not working, she enjoys spending time with family, reading and jogging. Brittany is so excited to be a part of the Ravenscroft Community.

FUN FACT: Brittany is the youngest of 7 siblings.