As strange as it is to say, we’re living in an age of technology that was once science fiction. The agile and innovative thinkers leading that charge into the future pull from educational experiences that encourage creative problem solving, perseverance and intellectual discipline. Here, we profile three Ravenscroft alumni who are making waves in the ever-evolving field of technology ... (read story)

Ravenscroft has invested in technology instruction across across all three divisions, giving our budding engineers, programmers, designers and researchers access to the tools and information they need to become the next generation of tech trailblazers. Enjoy these videos of students engaged in tech exploration.

“We go, we listen, we learn”: Ravenscroft’s global programs prime students for meaningful engagement across borders

Lead From Here, Ravenscroft’s signature framework, challenges us to commit to a bold notion: that through the cultivation and practice of personal and interpersonal leadership competencies, our students can change their world. It helps, of course, for them to see and understand more of what that world holds … (read story)

Middle School Speech and Debate II student Delaney Washington ’22 gave this speech in the fall of 2017. The assigned topic was “If I Ruled The World.” Teacher Karen Westbrook asked students to complete this statement by suggesting one change that was needed for our world and how they might go about making that change.

When Sports Traditions Got Their Start

Varsity soccer players have been returning to Ravenscroft for their annual reunion game since 2012, but the sport’s history on campus goes all the way back to the 1972-3 school year, when soccer was new enough to North Carolina that the team traveled far and wide for regular season games. They have since won five state championships and, more recently, been 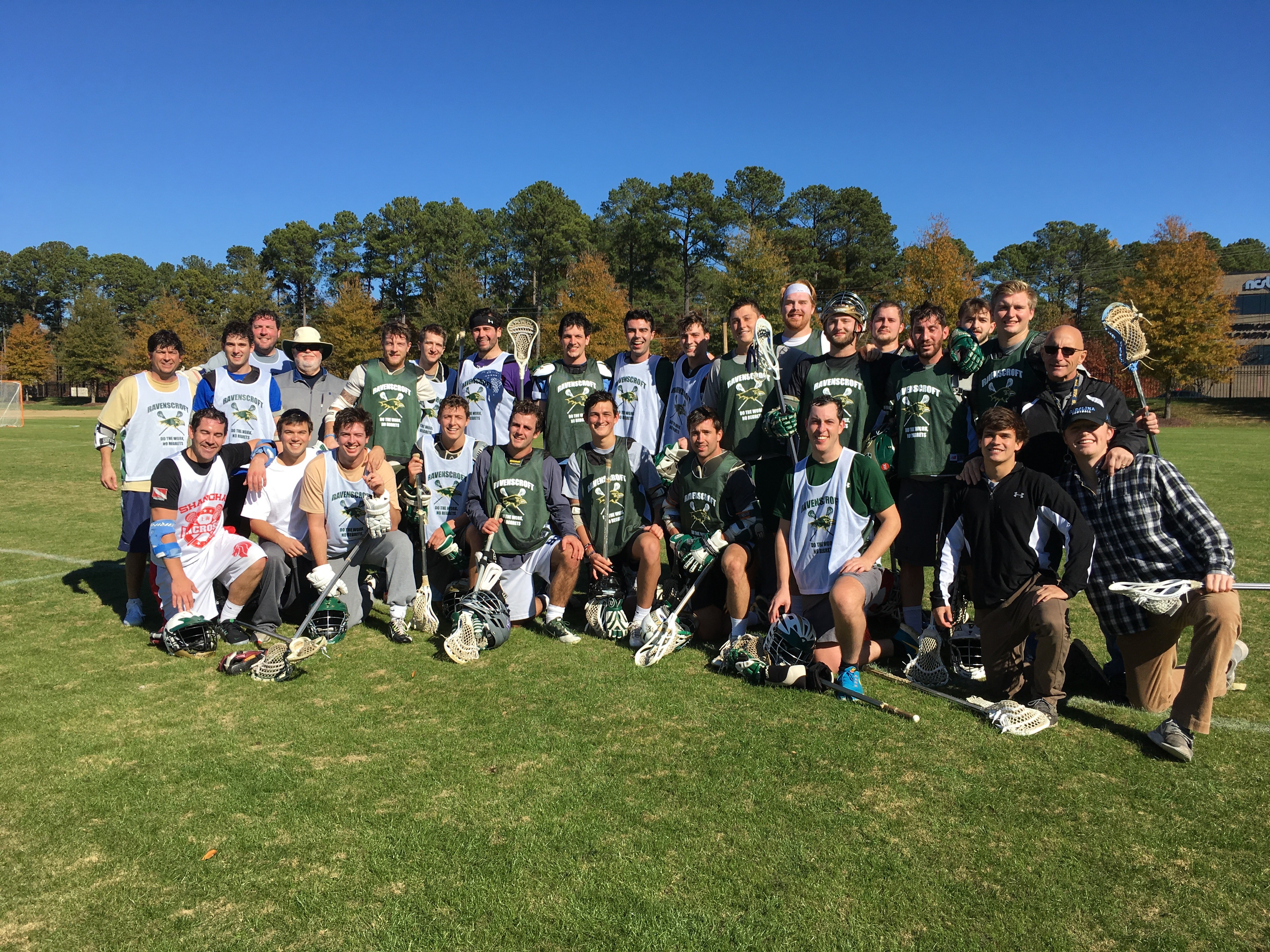 TISAC conference champs in 2011, 2012 and 2015 and won the Ravenscroft Invitational in 2013 and 2015. No wonder former players look forward to coming back to campus for a day of soccer every summer!

“The alumni game has sibling rivalries, former teammates and friends catching up, all while allowing the current varsity team to get in a competitive scrimmage before the season starts,” said soccer alumnus Will Byrd ’10. “All the guys in the game have spent countless hours out on that field with one another, so it’s a great thing to be able to come back and get a chance to play on it again.”

While the lacrosse team didn’t form until 1984, alumni and players are every bit as passionate about their sport, which has grown into a conference powerhouse. Since their 2012 breakout season, Ravenscroft Lacrosse has won six consecutive TISAC conference titles and competed in seven consecutive state tournaments, going to the finals in 2012 and 2015 and bringing home the trophy in 2016. 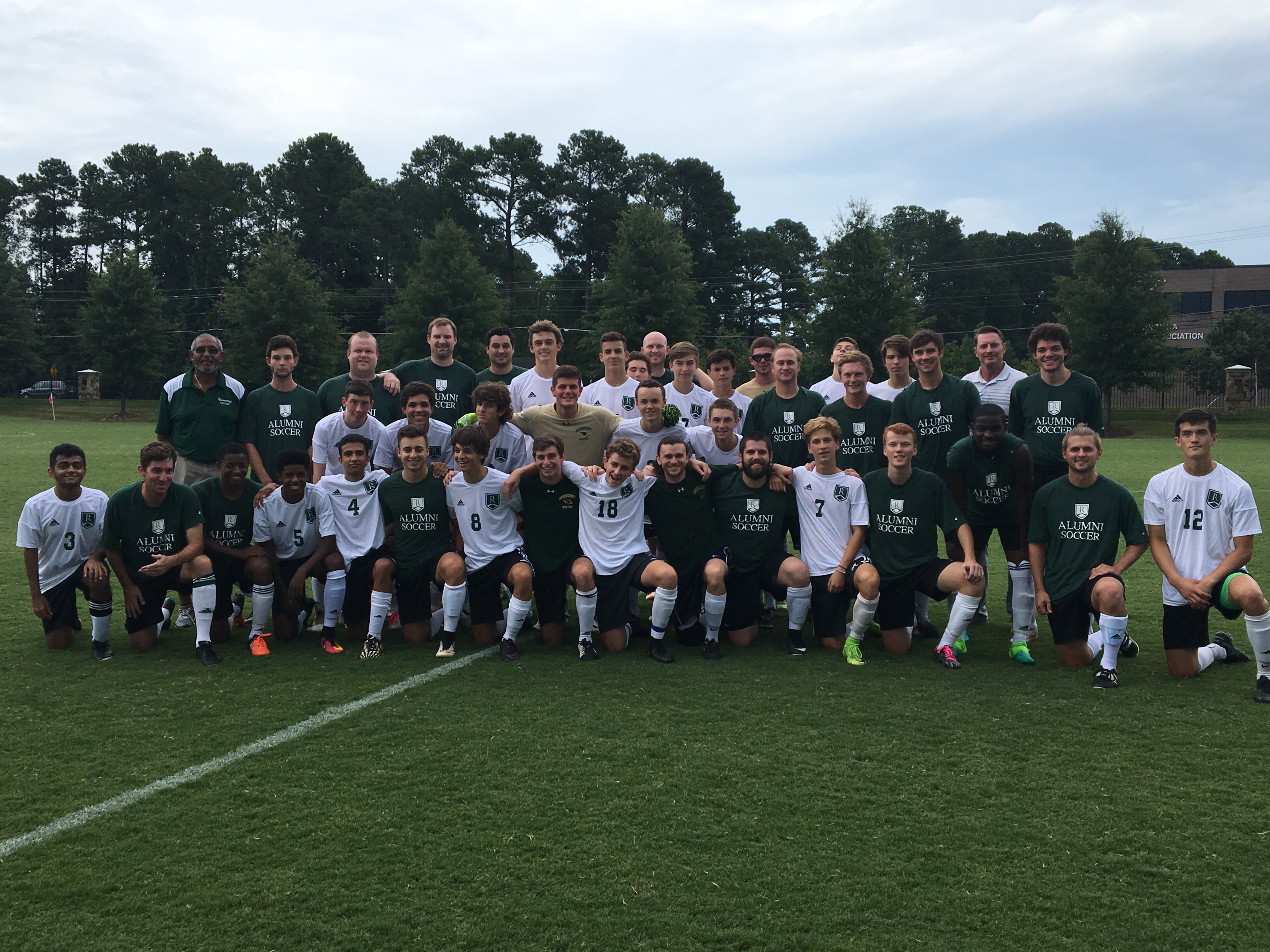 “I’m so proud of all of the boys who have been a part of the success of our lacrosse program,” Coach Sandy Kapatos said. “The program is also a source of great pride for our alumni.”

The first Thanksgiving-break lacrosse alumni game took place in 2016. “It’s fun to be a part of,” said Jeremy Bull ’00. “You’ve got guys spanning 25 years out there competing, becoming friends, catching up with old friends. It brings us back to the place that connects us all and gives us a chance to dust off our cleats and remember how fun playing lacrosse with your friends is."

Be sure to check out additional issues of our award-winning magazine for more exciting content from Ravenscroft.