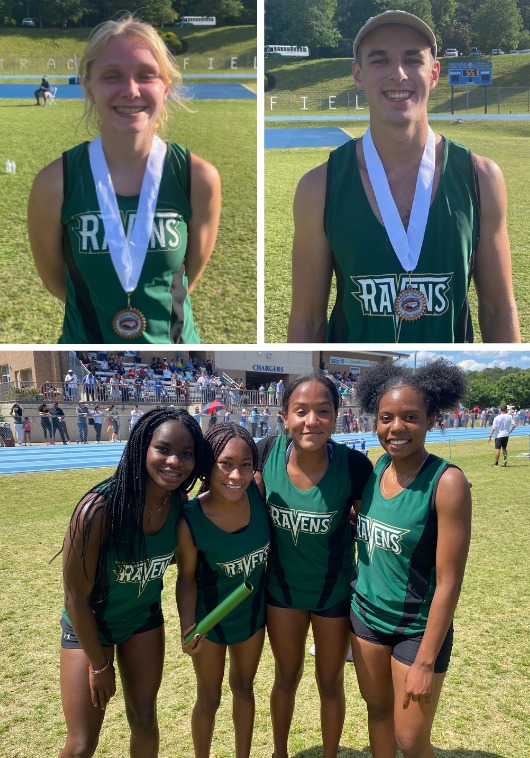 Zoe King '22, who won the conference championship in the triple jump last weekend, brought home another medal after placing third in the high jump. Mason Zervos '21 placed third in the shot put.

Other top finishers for the girls included:

Other top finishers for the boys included:

"There were many great performances by the Ravens against the top competition from across the state," head coach Mike Ramel said. "Our team includes many juniors and sophomores, so it was a great experience for them to see what it takes to be the best in their respective events. We look forward to building on this experience in years to come and thank our seniors for their outstanding effort through the years."