Ravenscroft's overall results on the NLE were very good, with an impressive 48% of participants winning an award of some type, including 11 gold medals and 16 silver medals. Three students — Addison Diener '26, Elle Warner '26 and Bennett Gillespie '23 — earned perfect scores, for which they have received special certificates.

Kudos to these Latin students for their outstanding performance on the NLE! 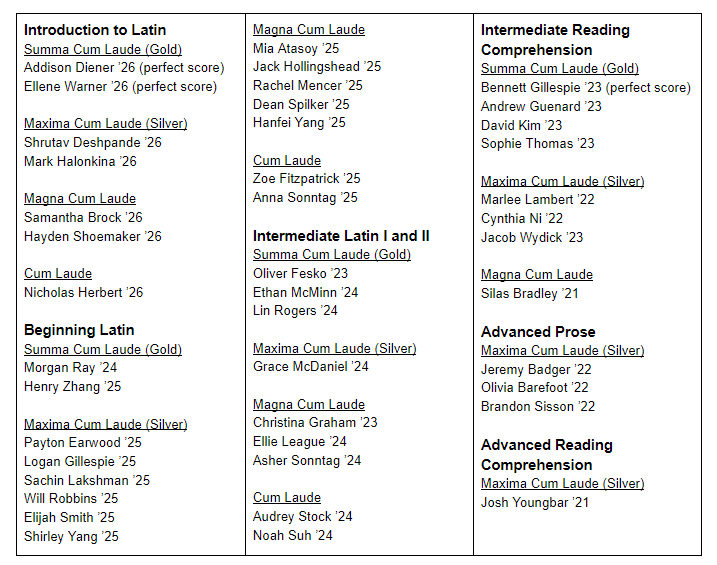 In addition, results are in for the 2020 National Classical Etymology Exam, given in November. Eleven Upper School students enrolled in Latin, from Level II to AP — including one student who is also studying Ancient Greek — took the exam, comprising multiple-choice questions about the origins of English words derived from Greek and Latin. The students did very well on this exam, earning a number of awards for their performance on it.

Kudos to these students who earned recognition on the NCEE!