The team will next compete at the North Carolina Independent Schools Athletic Association's State Championships this weekend, Feb. 14-15, at Providence Day School in Charlotte.

Coach Garrett Cummings said of his team's accomplishments, "This was a great team effort to stay atop the TISAC, despite dealing with a lot of adversity and injuries this season. We got really valuable production from our freshmen class in conference dual meets as well as during the tournament Monday night. Alejandro Alston '23, Aydin Sabu '23 and Michael Griffin '23 got key wins for us in the opening round, and Jackson Fox '23 battled hard at 285, despite giving up a lot of weight. Trey Wicker '22 and David Gring '21 were the standouts, as they took down the top seed to win their weights. Trey battled courageously, as he had just returned to the mat from a long leave due to injury, and had to win his match on a third-period reversal.

"Hats off to North Raleigh Christian, whose athletes were well-prepared, fought really hard and made the conference tournament interesting by pulling off numerous upsets Monday night," he added. "We were fortunate that our guys were healthy and accountable this week and our depth was too much to overcome." 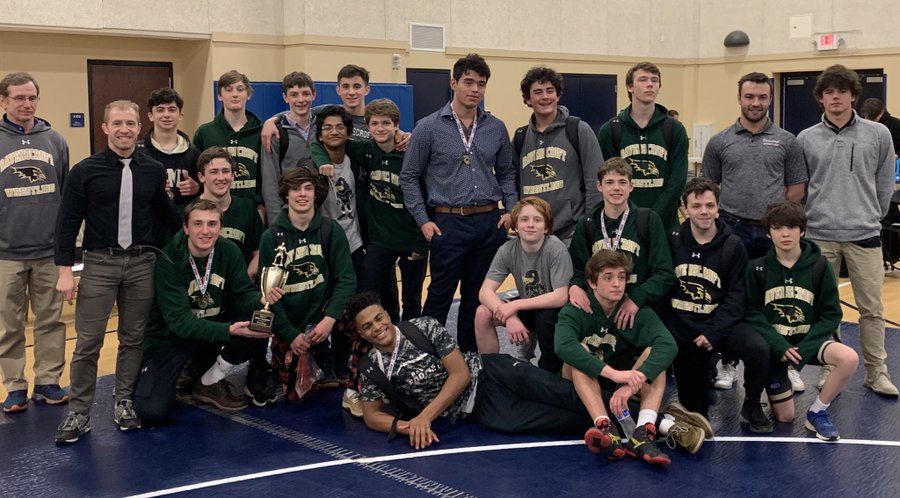