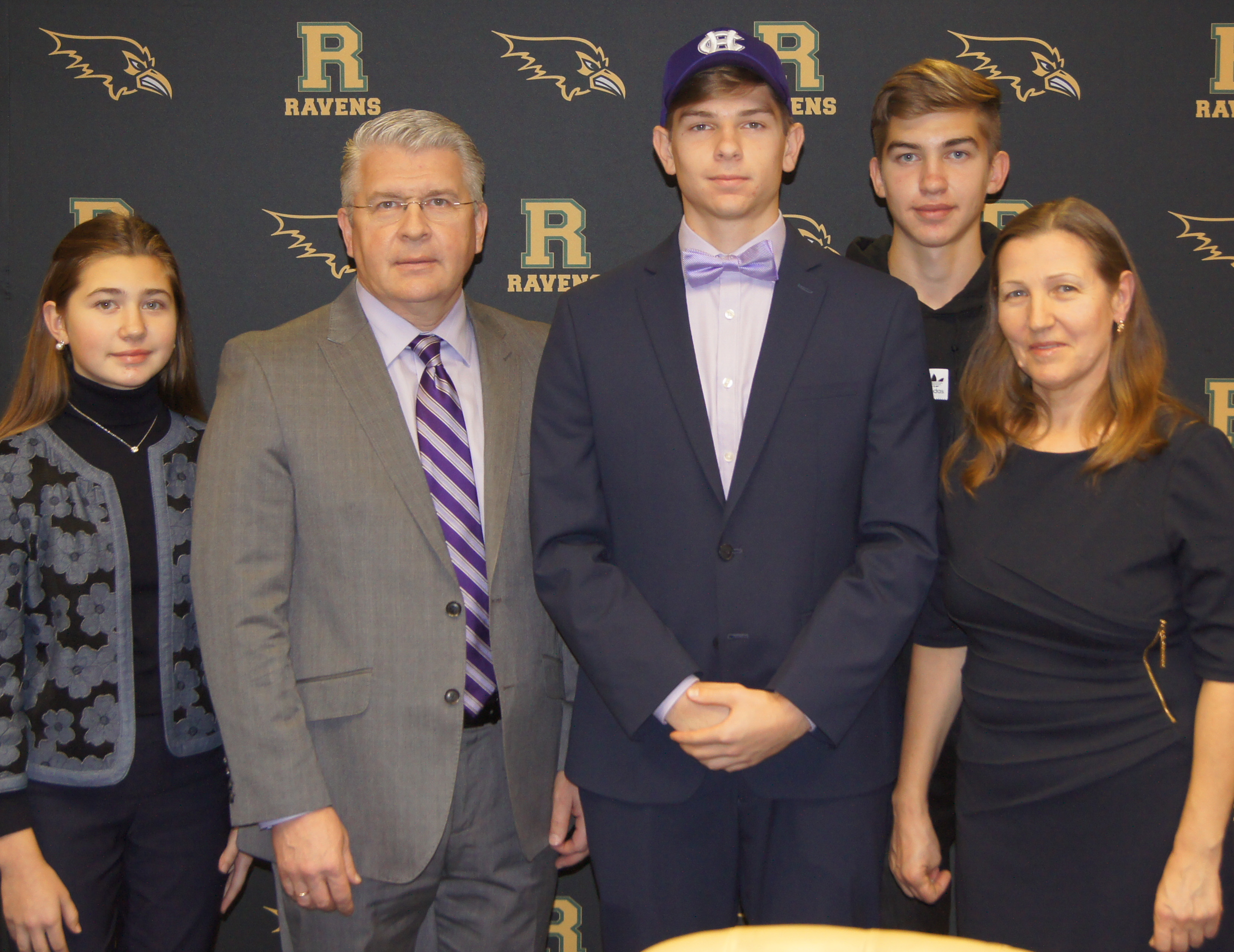 Emmanuel Petrov '19 has committed to the College of the Holy Cross (Worchester, Massachusetts) where he will continue his soccer career. Petrov is a 2018 NCISAA All-State honoree, a three-time All-Region player, a three-time TISAC All-Conference Player and was the 2018 TISAC Player of the Year. Emmanuel scored 81 career goals, leading the NCISAA in his sophomore and senior years. He was a team captain in 2018 and a four-year letter-winner who helped his team accomplish many goals: an NCISAA 4A State Championship appearance, three NCISAA State Semifinal appearances, two TISAC Conference Championships and two Ravenscroft Annual Soccer Invitational Championships. Emmanuel is a member of the National Honor Society as well as the Spanish and Science National Honor Societies. He is president of the Honor Council, a first-chair violinist in the orchestra, and a two-year member of the Student-Athlete Leadership Group.

Ravenscroft varsity boys soccer coach Alix Charles said of Petrov's contribution to the soccer program, "Besides being the top goal-scorer at Ravenscroft, Emmanuel has become a very mature player. While he was already a great passer, his ability to play with his back to the goal has enhanced his role as a striker. That, combined with his great decision-making abilities, make him a great asset for the College of the Holy Cross. I am looking forward to reading about him in the Patriot League." 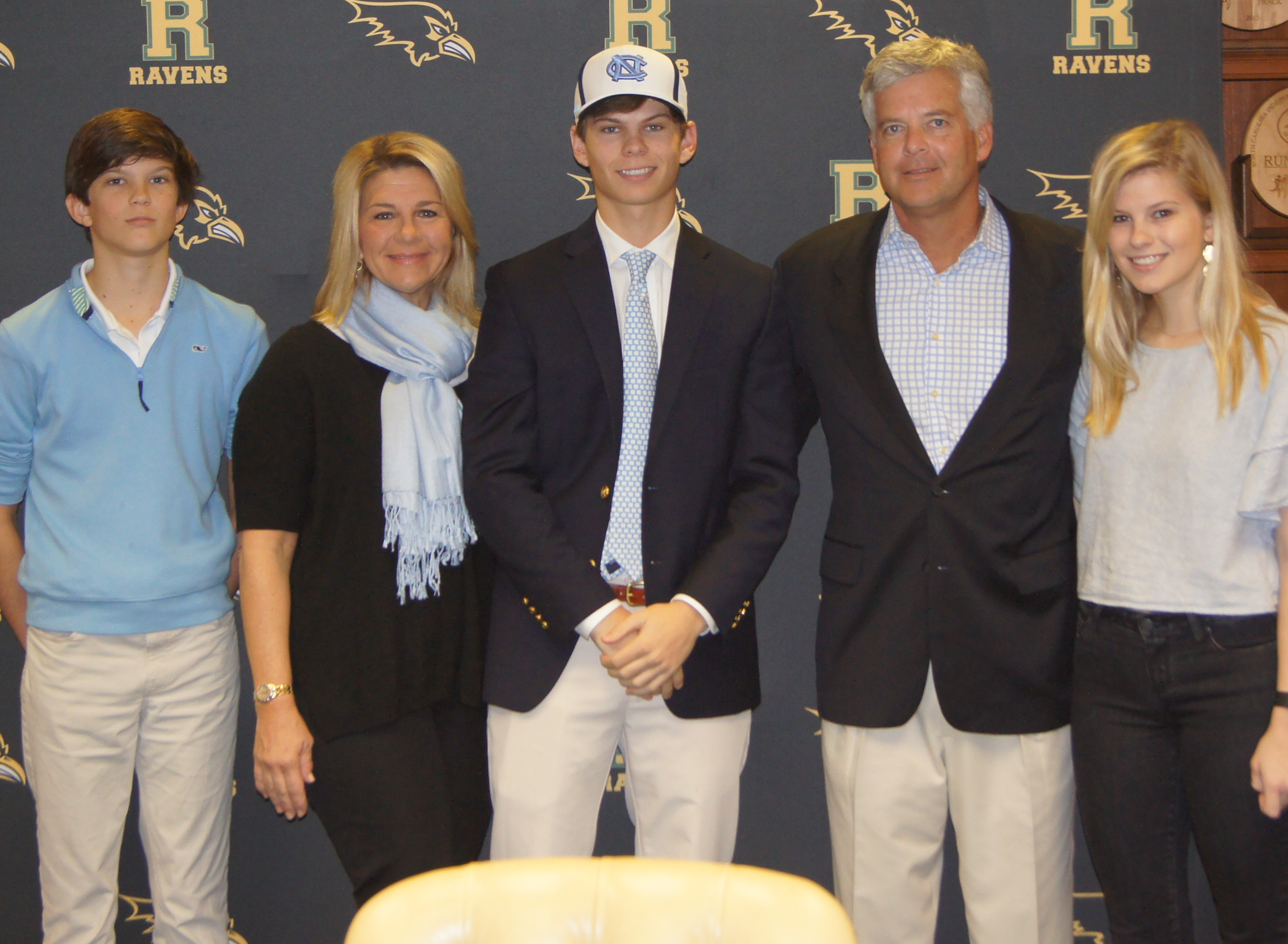 Kenan Poole '19 has committed to the University of North Carolina at Chapel Hill, where he will join former teammate Ryan Gerard '17 and add to the long history of Ravens golfers in the ACC. Kenan is a two-time team captain and five-time TISAC All-Conference performer. He was also a 2017 All-State honoree, when the Ravens won the NCISAA State Championship. Kenan had a very successful summer in 2018, winning the Jimmy Anderson Boys' Invitational Golf Tournament 69-72 (-3) and the CGA Dogwood State Junior Boys' Championship 71-68-69 (-8). He also represented North Carolina in the Carolinas vs Virginia Boys' team matches, which the Carolinas team won. Kenan is currently ranked No. 1 for the Class of 2019 by Golfweek and No. 2 by the Tarheel Youth Golf Association. In addition, he was a United States Junior Amateur Matchplay participant. Kenan is a National Honor Society member, regularly makes the Head of School Honor Roll and was recently named to the 2018 AJGA Transamerica Scholastic Honor Roll Selection. He is a two-year member of the Student Athlete Leadership Group and has also been active in the community, working with the Carolina Cup (a charity golf tournament run through the AJGA, consisting of 28 NC junior golfers) since 2014-15. He has helped raise over $5,300 for charitable causes.

As varsity boys golf coach Jimmy Cox said, "Kenan is a super young man and an awesome golfer. He worked hard on his game to raise his play to be at a D-1 level. He won two Carolina Golf Association tournaments last summer, but it was his qualifying for the United States Junior Amateur that pushed his stock sky-high. His strong play at the tournament attracted interest and offers from top golf programs in the country. I am excited for him as he is able to sign with his dream school." 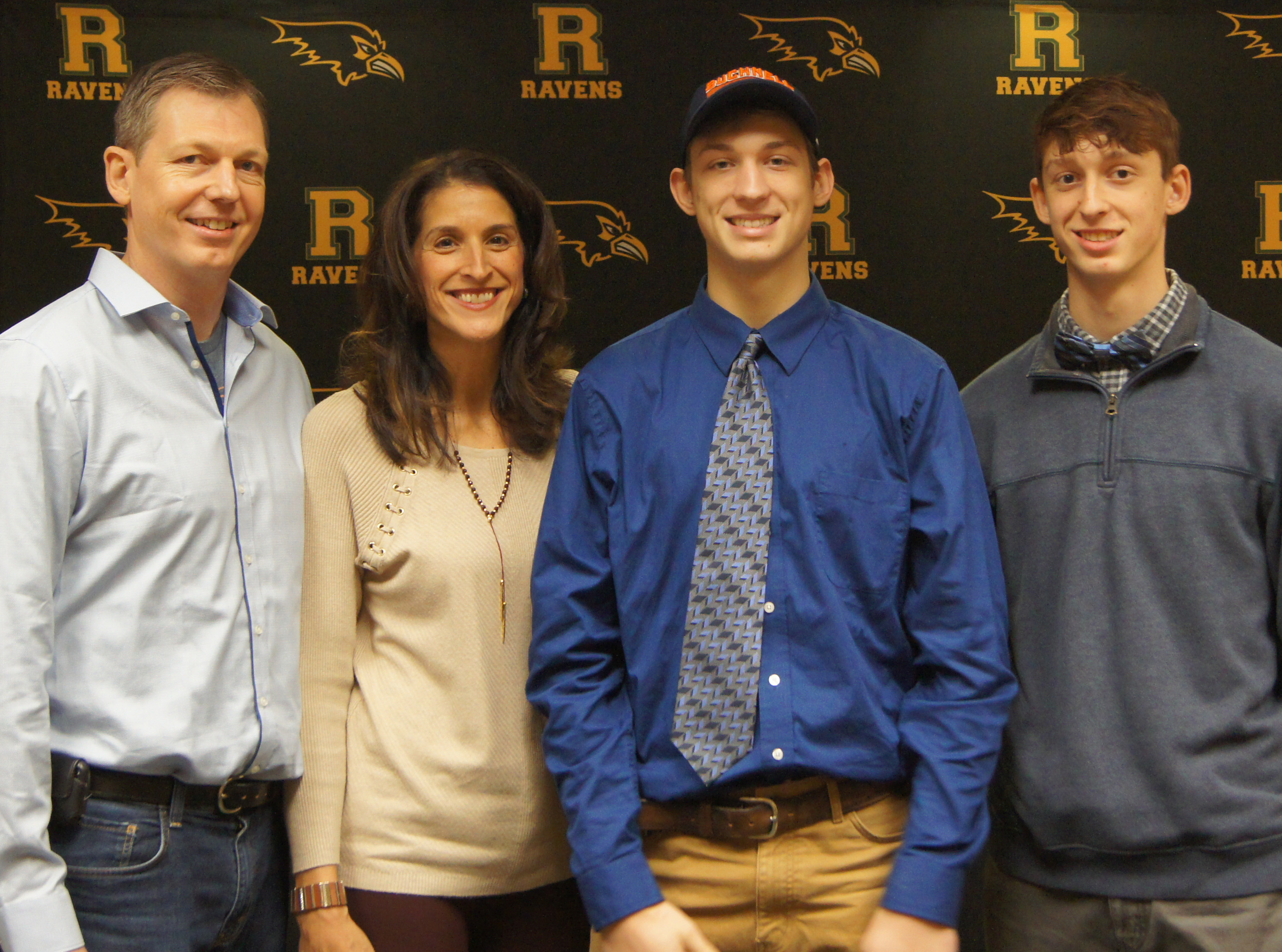 Jake van der Heijden '19 has committed to play basketball at Bucknell University in Lewisburg, Pennsylvania. Jake is a three-year starter and four-year letter-winner for Coach Kevin Billerman and will captain this year's team. Last season he averaged 13.5 points per game, with a season-high and team-high 36 points against Millbrook in 2018. As a freshman, he helped Ravenscroft win the John Wall Invitational. He holds a 3.98 GPA and is a member of both the Spanish National Honor Society and the Science National Honor Society. Outside of Ravenscroft, Jake has started for Team Wall and is currently ranked No. 16 by the Phenom Hoop Report in the state of NC. He had seven offers before committing to Bucknell.

Ravenscroft varsity boys basketball coach Kevin Billerman said, "Jake is the epitome of a true Ravenscroft student-athlete: an outstanding basketball player, a 3.98 student and a school leader. He has grown as a player, from playing varsity as a freshman to becoming one of the most outstanding shooters in Ravenscroft basketball history. Our expectation is for Jake to have a great career at Bucknell with his ability to stretch the floor with his shooting ability. Good luck Jake. We're proud of you!"

Congratulations to these outstanding student-athletes! 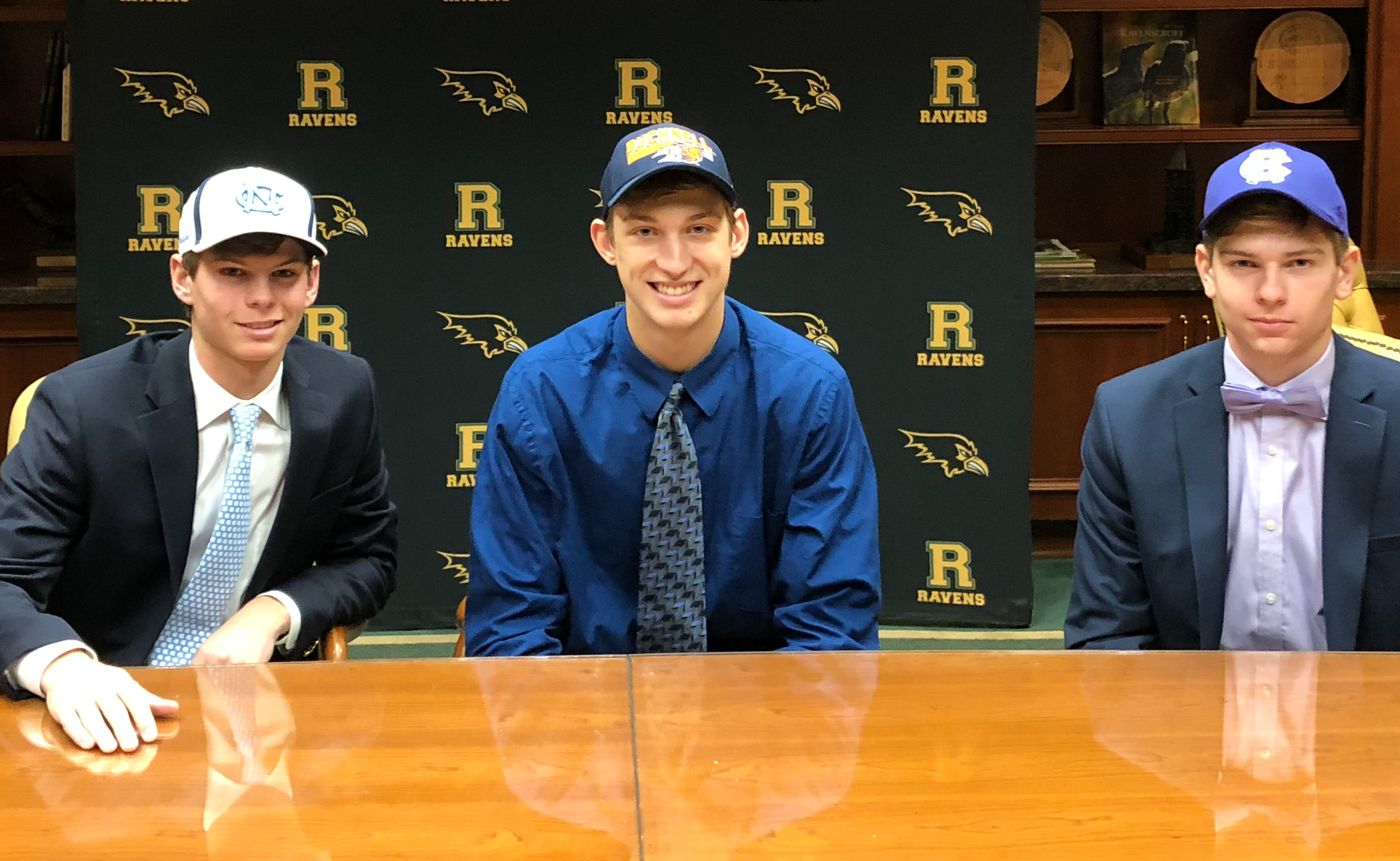