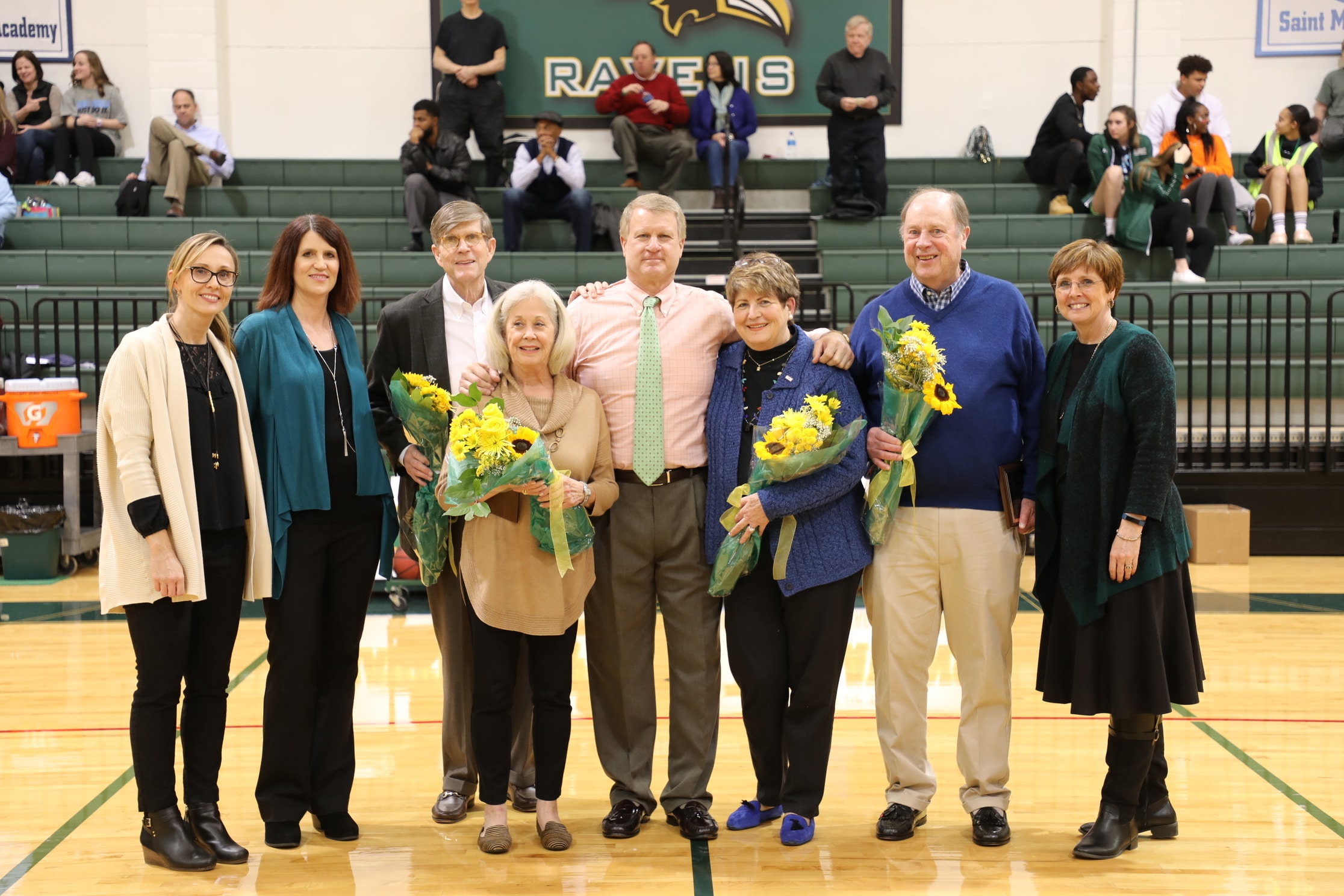 On Friday, Feb. 1, 2019, the Ravenscroft Athletic Club presented its annual RAC Service Award to Tom and Larry Hines and Bob and Mary Brent Wright. On hand to present the awards were RAC's Kim Mathan and Diane Alridge, joined by Athletic Director Ned Gonet and Head of School Doreen Kelly.

Tom and Larry Hines are parents to Blair '92, Rob '95 and Mary Craven '99 and were vital members of the athletic volunteer family. As parents of students involved in the football, basketball, soccer and baseball programs, they were seen on and off the fields as organizers and supporters of the program. Tom also served as an assistant coach to Coach Gonet with the varsity girls basketball team for several years. All three Hines children were members of state-championship teams.

Tom and Larry's involvement as current parents spanned from 1988 through 1999, and they have continued to support the school and the athletic program since their children graduated.

Bob and Mary Brent Wright are parents to Brent '95 and Rob '98. With their children active in the lacrosse, football and soccer programs, Bob and Mary Brent spent many hours serving as volunteers and cheering on our teams. They were instrumental in organizing parents, team dinners, sports banquets, and recognition events for seniors and coaches. They also spent many volunteer hours planning and helping run the annual Ravenscroft Invitational soccer tournament.

The Wrights are still very visible on campus, as they now cheer on their grandchildren in multiple athletic events at Ravenscroft.

"The RAC Service Award is about thanking those parent and community volunteers for the countless hours spent on and off campus enriching our tradition of excellence in athletics," RAC representatives Diane Alridge and Kim Mathan said in presenting these awards. "This lifetime service award honors individuals who have left a lasting impression of achievement and excellence on the Ravenscroft athletic family."

Many thanks to Tom and Larry Hines and Bob and Mary Brent Wright for their years of support to Ravenscroft athletics, and congratulations on this well-deserved recognition.