On most Thursdays in Mr. Fiedler's fifth-grade science lab, you can find a group of fifth-graders quietly eating their lunches and watching videos or reading the Tuesday edition of the New York Times' Science section. It's called "Science League Lunch," and any curious fifth-grader can show up to learn about current events in science. 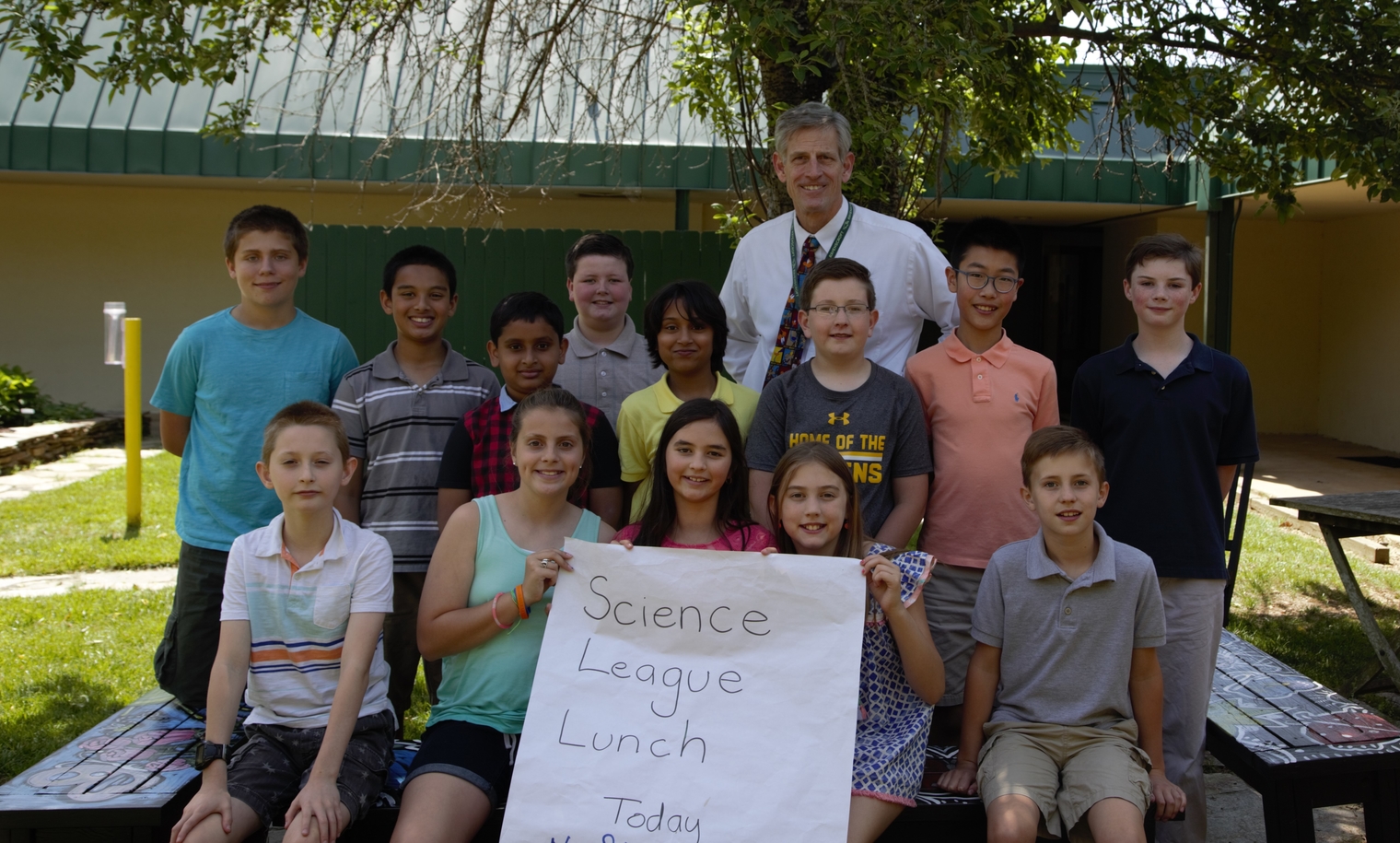 But on April 5, they decided to put themselves in the story too — and made a big bang with the cast and crew of a well-known television show about scientists.

"Jack always wanted to know how they made little yellow rubber ducks, so he found out by watching a Youtube video," Fiedler explained.

Matthew Bright '25 then presented his slideshow, "Thermite and Its Properties," which contained two videos of thermite exploding in water. Benya Wilfert '25 shared his slideshow on "Robotic Fishes" and how they are used by marine biologists to study schools of fish that are endangered species.

Next up was Elijah Smith '25, who talked about renowned physicist Stephen Hawking's recent death. He shared that Stephen Hawking had made cameo appearances on "Star Trek: The Next Generation," "The Simpsons" and "The Big Bang Theory" — the popular comedy that features scientists who work at Caltech. "They made a little remote-controlled miniature model of him in his wheelchair," Elijah said.

As it turns out, Fiedler is friends with Mark Cendrowski, the show's director. "What if we take a picture and send it to him, tell them what we do each week, and ask him if the cast will send us their picture?" Fiedler proposed. 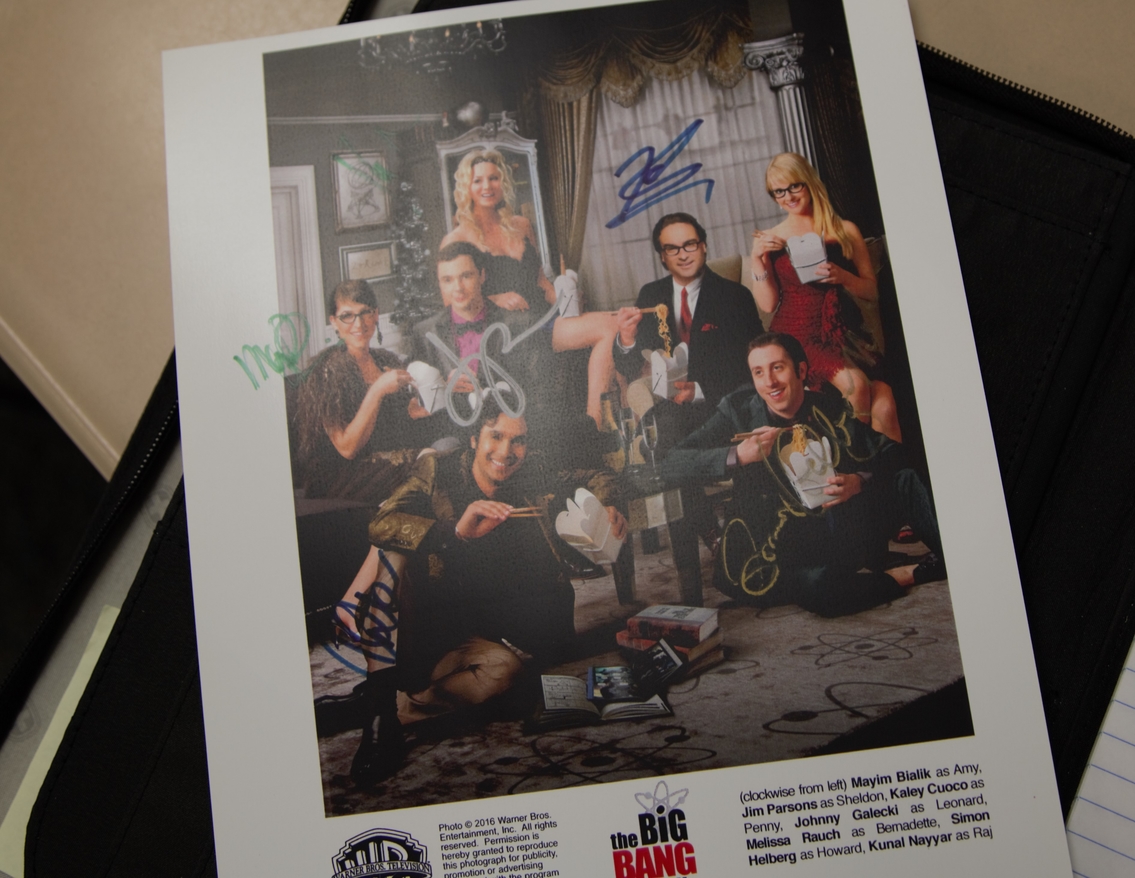 At the May 4 meeting, Fiedler shared the news that he had gotten a response from the cast and crew: a picture of the "Big Bang Theory" cast with signatures, and a second picture of Mark Cendroski, the director of the show, with Stephen Hawking himself.

As might be expected, the students studied the photo of the cast carefully. Fiedler said, "Look at this photo. Is anything photoshopped?" Students noticed the clothing on the actors, the appearance of the Chinese food they were eating, and the design on the carpet, which featured the show's now-famous atom logo. "It has three electrons, so it's Lithium," Henry chimed in. Fiedler concurred.

That's how it goes at Science League Lunch, Fiedler said.

"I think it proves the point that children are naturally curious and what they will do when allowed to pursue topics that are of interest to them. Our fifth-graders have learned the BIG 6 research strategies this year from our librarians, Emily Harkey and Jessica Ortolano, who did a good job getting them excited about doing research for its own reward."

"It seems apparent that the members of Science League Lunch see some similarities in the characters of 'Big Bang Theory' and themselves," he added. "They are fascinated by the world we live in and enjoy learning about its mysteries. To quote Oscar Wilde, 'Life imitates Art far more than Art imitates Life'!"