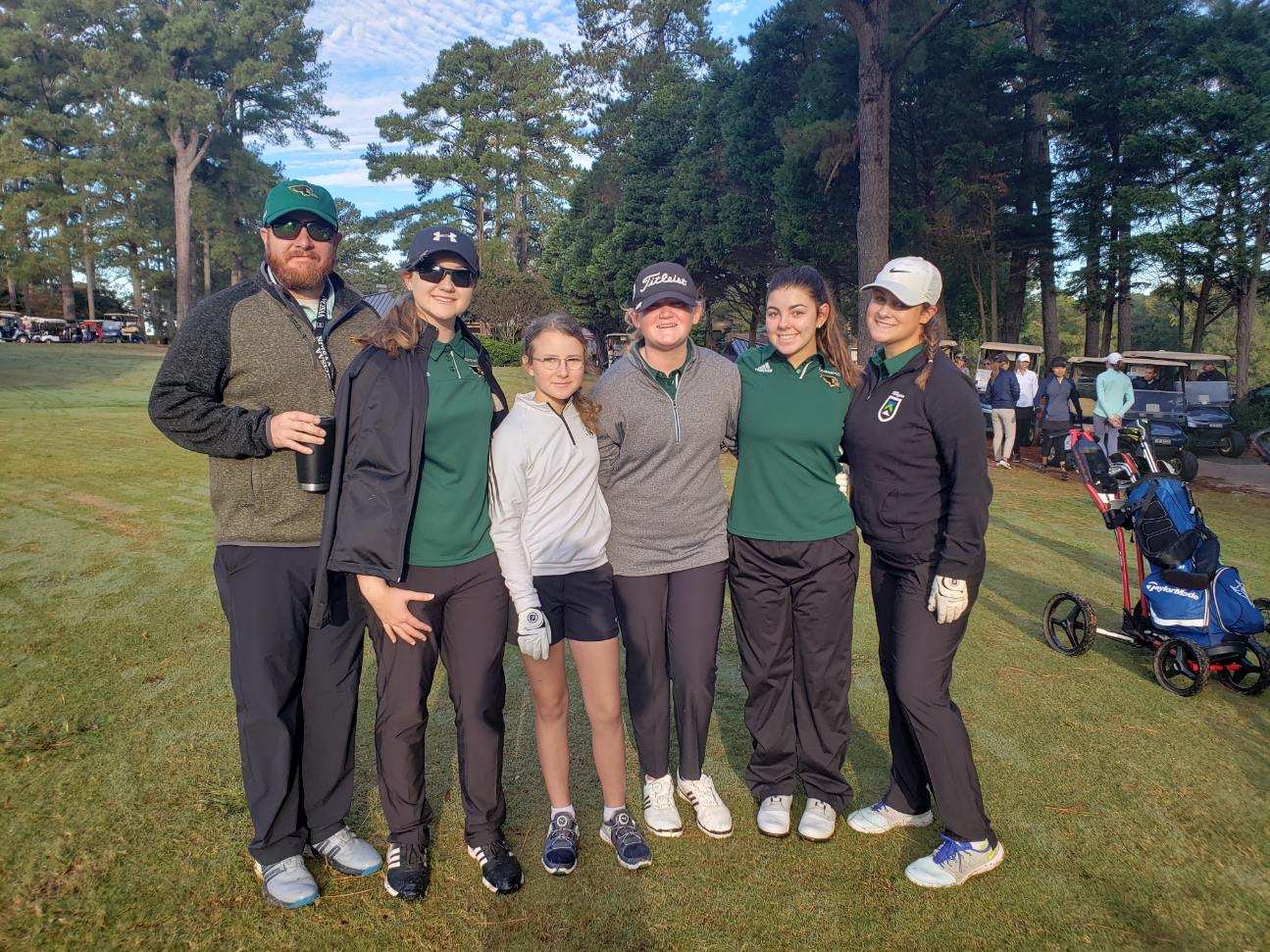 The Ravenscroft varsity girls golf team wrapped up their season with strong performances at two championship tournaments over the last two weeks.

The girls competed in the Triangle Independent Schools Athletic Conference Championship at Croasdaile Country Club in Durham on Tuesday, Oct. 15, and placed third overall in the conference. The Ravens were led by Garland Gould '24 with a score of 86, Brooke Smith '22, who shot 87, and Teagan Hackim '20, who rounded out the scoring with a score of 90. Brooke and Garland earned All-TISAC honors.

On Monday, Oct. 21, and Tuesday, Oct. 22, the Ravens competed in the NCISAA State Championship at Whispering Pines Golf Club. Brooke had a two-day total of 163 (83-80) and Garland shot 164 (77-87) to lead the team to a third-place finish. Both players earned All-State Honors at the Championship. 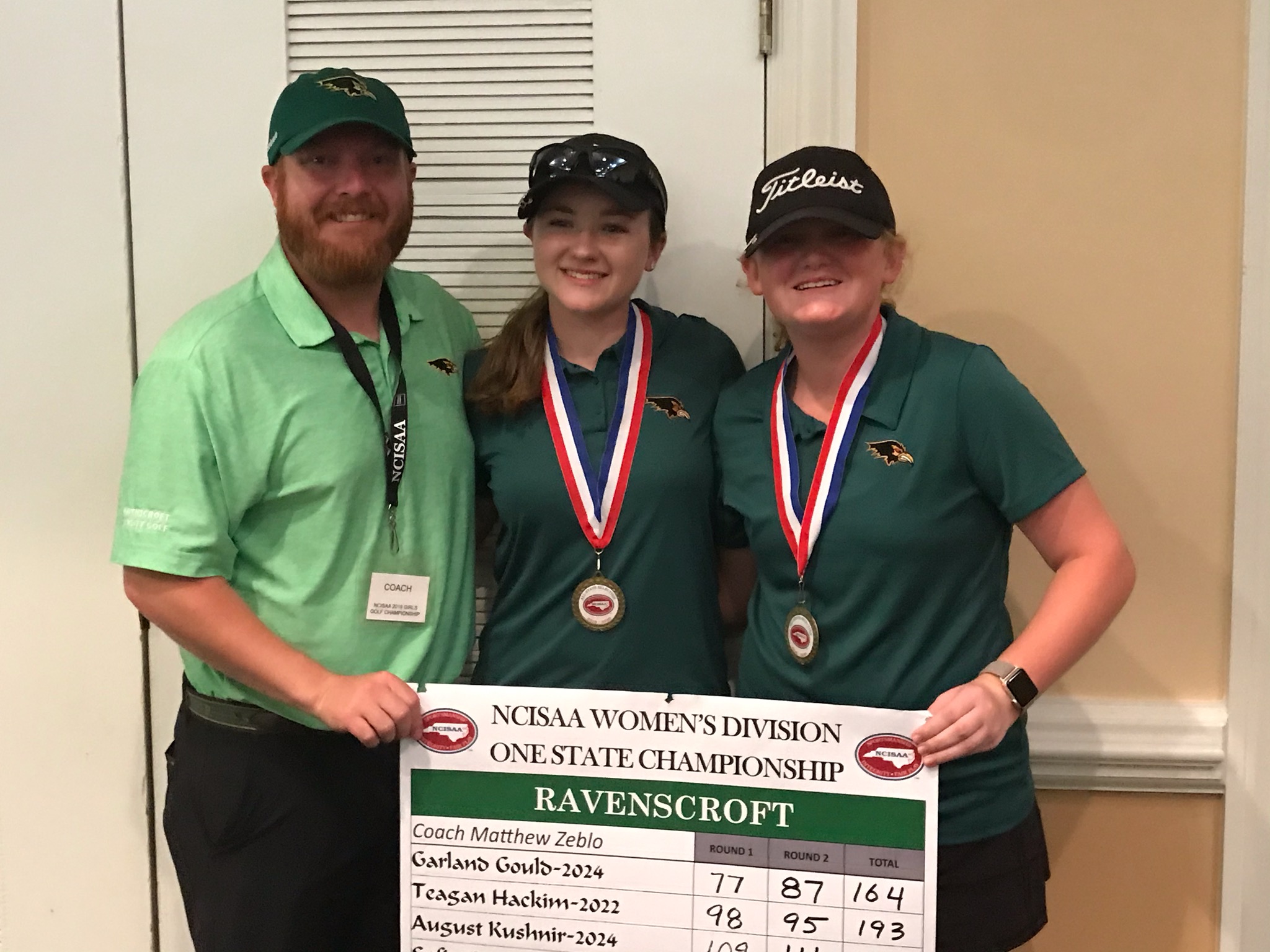 Coach Matt Zeblo said of his team's performance, "I'm proud of the way the girls performed against the best competition in the state. After an up-and-down regular season, they played their best golf in the conference tournament and the state tournament. We lucked out with the weather for Day 2, as there was a question whether or not we would be able to get the round in, and the girls took advantage to hold their spot in the standings.

"This will be another good experience for them to take with them as they look to improve for next year," he concluded.

Here are the final scores from each tournament. Congratulations to the team for such a strong finish to their season!