Bo Andrews '09 joined the University of Tennessee's golf coaching staff this summer. During his time at Ravenscroft, he won multiple all-conference and all-state honors and started on four NCISAA State Championship golf teams and five conference champion teams. Andrews was inducted into the Ravenscroft Sports Hall of Fame in 2017.

As a player at national golf powerhouse Georgia Tech, Andrews was a 2012 All-ACC performer and a three-time GCAA All-Region selection. He was a member of Georgia Tech conference championship teams in 2010, 2011, 2012 and 2014 and posted 11 top-10 finishes during his career, including two top-five efforts and a victory at the 2013 Gary Koch Invitational.

Andrews graduated from Georgia Tech with high honors in May 2014 with a bachelor's degree in business management. He was a five-time selection to the ACC Academic Honor Roll, three-time selection to the ACC All-Academic Team, twice named a GCAA All-America Scholar and recipient of an NCAA Post-Graduate Scholarship. Andrews' overall impact as a student-athlete with the Jackets was recognized with the 2014 Homer Rice Total Person Award and the 2012 Bobby Dodd Award.

Since 2015, Andrews has played professional events on the eGolf, Swingthought, GPro, PGA Latinoamérica and Web.com Tours.

Congratulations to both of these Ravens for their outstanding accomplishments! 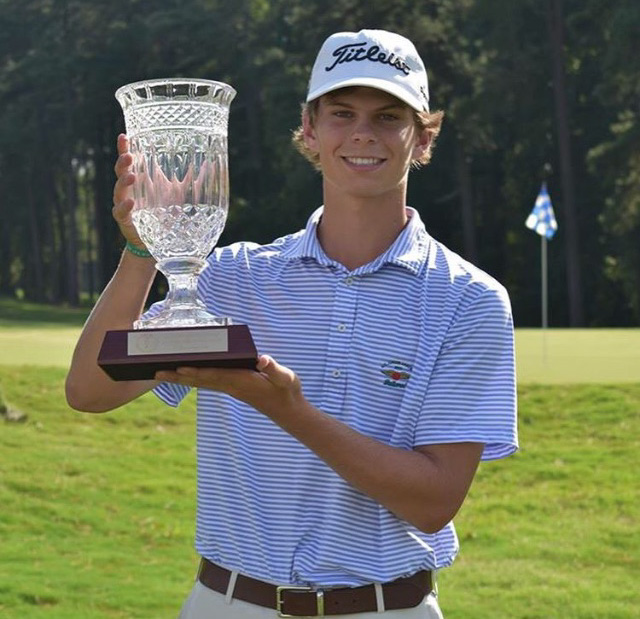