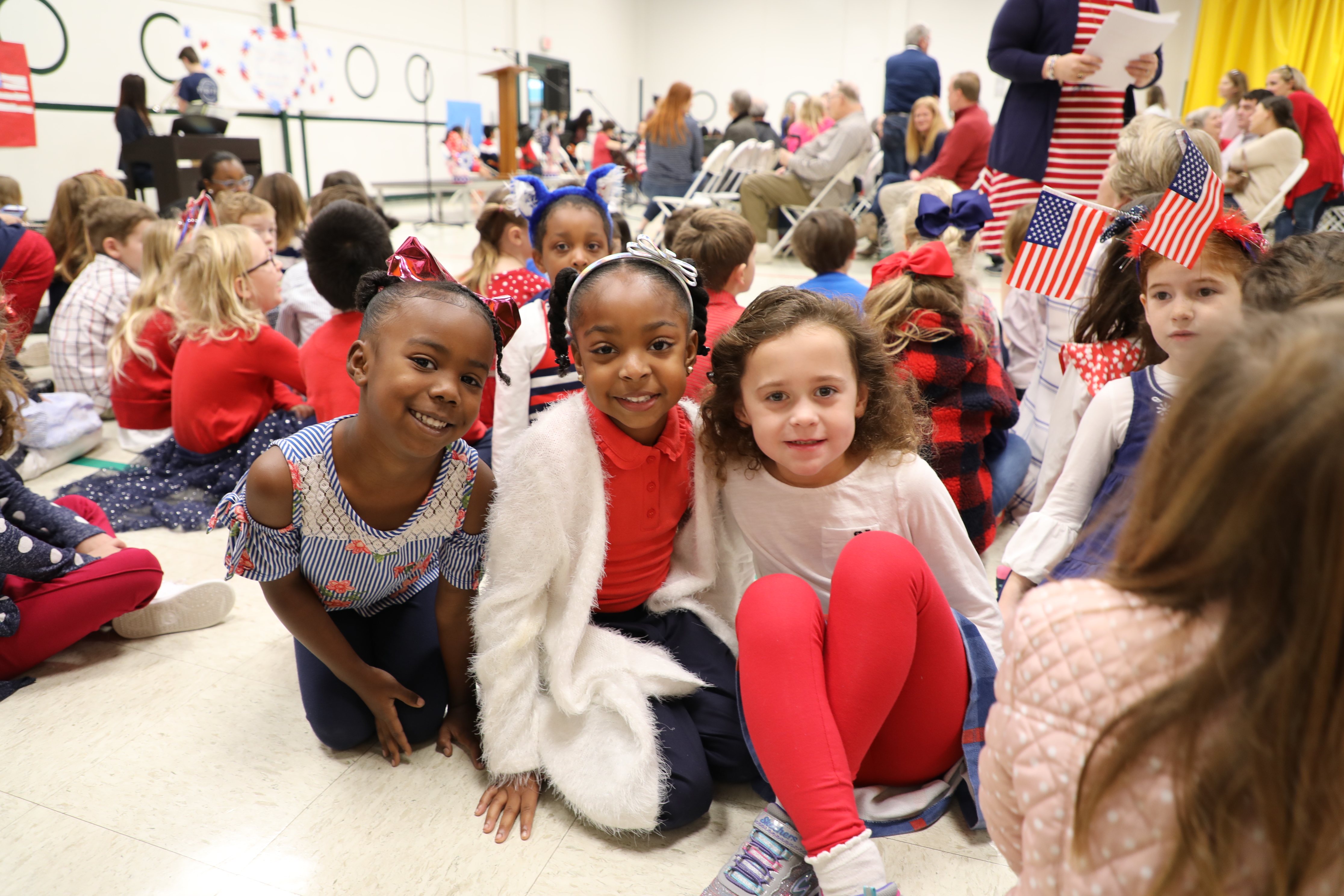 Ravenscroft students gained a new perspective on the celebration of Veterans Day today as two of our own faculty members — Upper School math teacher and sophomore dean Kalista Richardson and Middle School academic skills teacher Kimberly Ewing — shared their stories of serving in the military.

Lower School students enjoyed a full program that included performances by the Lower School orchestra and various choral groups and a poem by the drama troupe. In a tribute to loved ones in attendance, students sang the anthems of each branch of the military while veterans from those branches stood to be recognized.members — Upper School math teacher and sophomore dean Kalista Richardson and Middle School academic skills teacher Kimberly Ewing — shared their stories of serving in the military.

Mrs. Richardson, whose three sons joined her and led the recitation of the Pledge of Allegiance, spoke about her four years of experience as a network switching systems operator and maintainer in the United States Army Signal Corps. She served and supported the combat readiness of 57th and 16th Signal Battalions deployments in Operation Iraqi Freedom I and II, earning several awards for her work. In her comments, Mrs. Richardson spoke of the core values of service members in the Army, comparing them to the values and competencies Ravenscroft imparts through the Lead From Here curriculum that all students explore.

Middle School students enjoyed a presentation by Mrs. Ewing, who served on active duty in the Army from July 1993 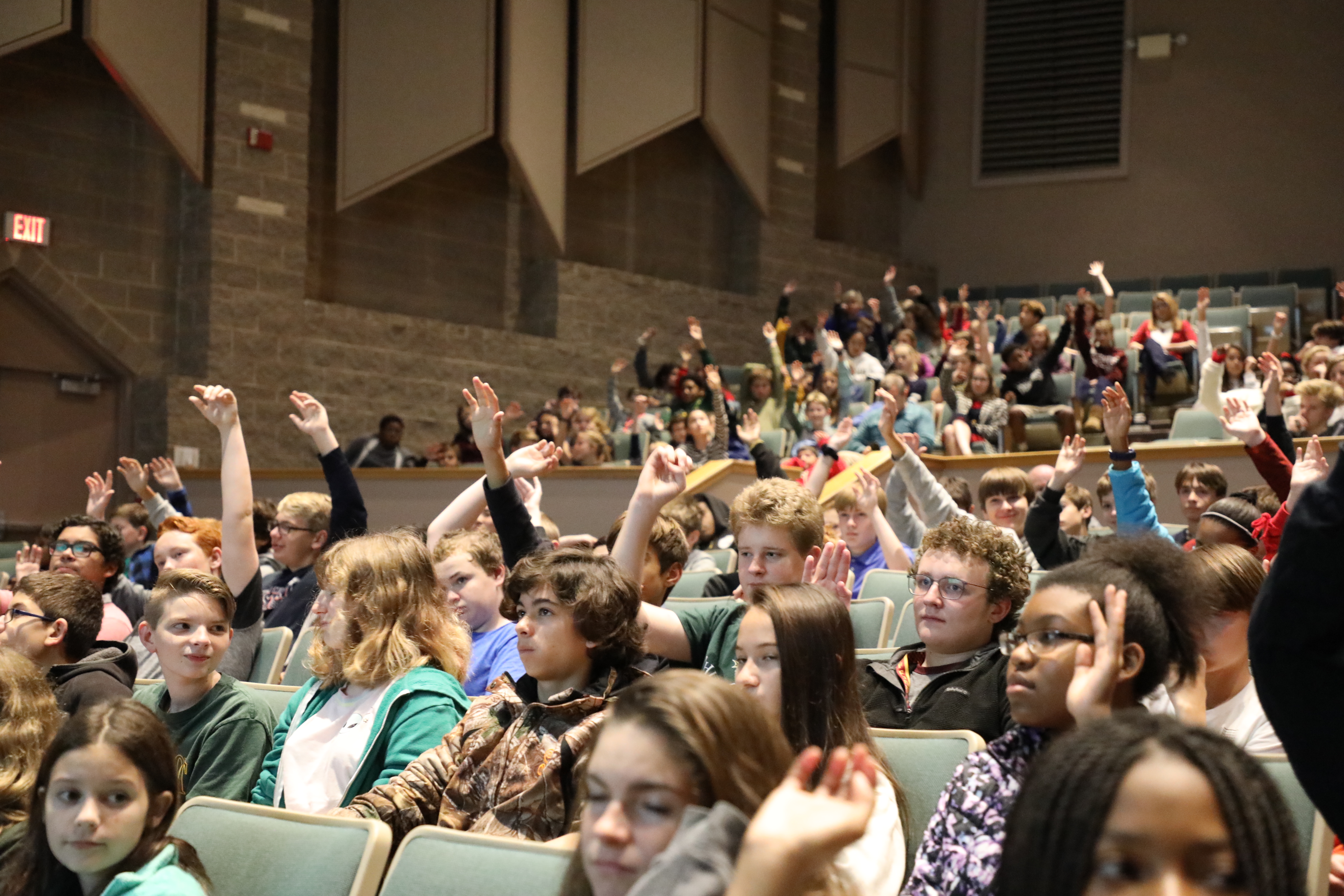 until August 1997. Mrs. Ewing spoke of her determination to achieve her goals, even when not everyone in her life supported them, and of the excitement and satisfaction she experienced in her journey: doing ROTC in college, being commissioned as a 2nd Lieutenant in the Air Defense Artillery, and learning how to parachute from airplanes and exit a helicopter during an air assault. She encouraged students to set high goals for themselves as well.

Thank you to Mrs. Richardson and Mrs. Ewing for sharing their stories with students, and thank you as well to the many veterans who joined our Ravens today as we celebrate their service and sacrifices.