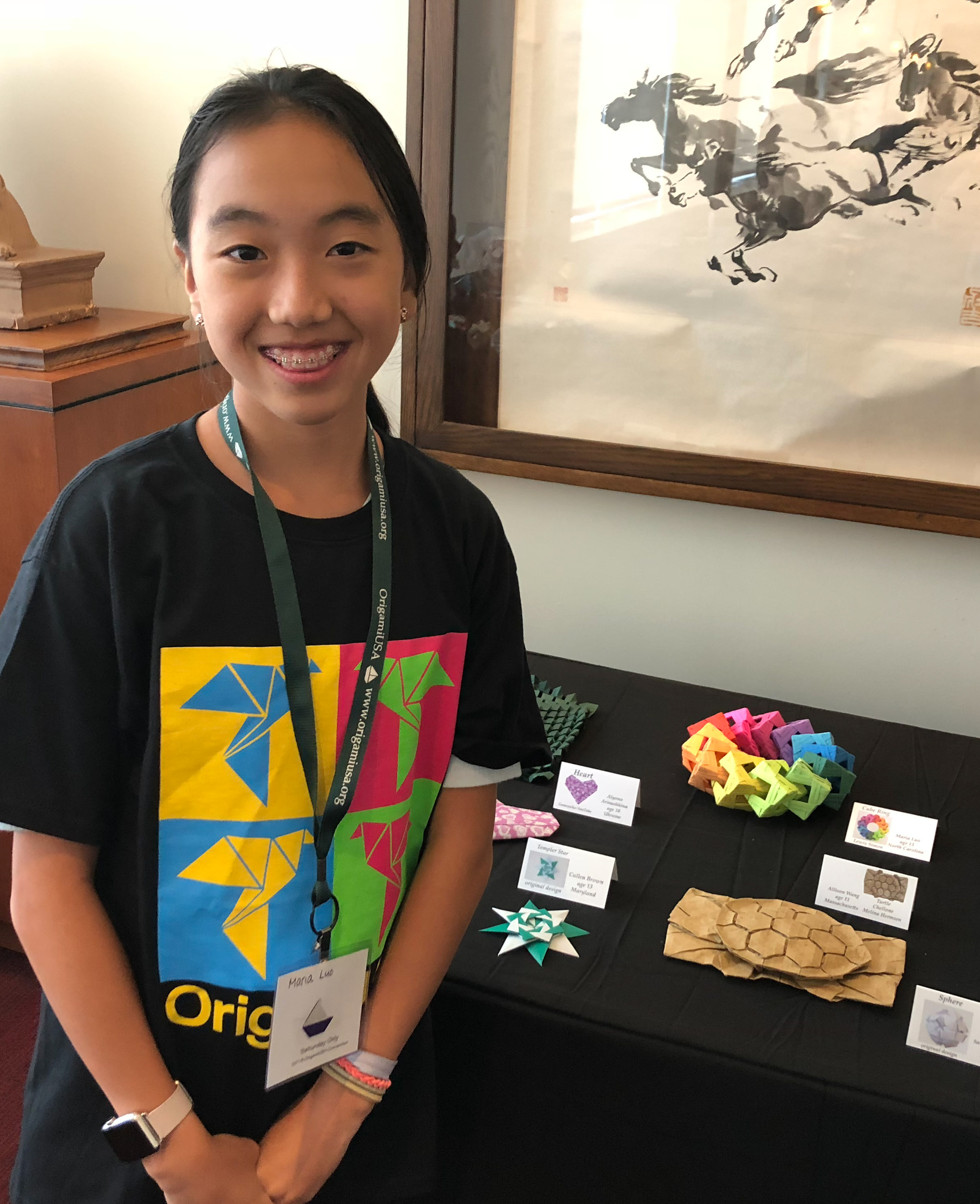 Ravenscroft eighth-grader Maria Luo attended the national convention of OrigamiUSA, held in New York City June 22-25, where her folded-paper artistry was exhibited and selected by Origami by Children to be part of a traveling exhibit showcasing origami by youth from around the world. In addition, Maria's model, "Cube Ring," was featured on the cover of the Summer 2018 issue of The Paper, the official magazine of OrigamiUSA.

This was Maria's second consecutive year having her work exhibited at the national level.

"What I enjoyed most was that I got to meet new people that share the same hobby as me, and I enjoyed looking at and learning from other people's models," she said of the experience. "I was happy and proud of myself when I found out that my model was on the cover of the magazine."

"I like the fact that I can concentrate on one thing and clear my mind," Maria said.

Every year young origami enthusiasts are invited to submit their best folded models, either original creations or the designs of others, to OrigamiUSA. The finest of these are selected for the Origami By Children exhibit, which travels to the communities of the various participants and is displayed in local schools and libraries. Youths whose origami is selected for the traveling exhibit receive a Certificate of Merit, a one-year membership to OrigamiUSA and a small gift.

At top, Maria at the national convention in June with her submission on display. Below, "Cube Ring" and the cover of the Summer 2018 issue of The Paper, which features her work.