David Kim '20 won the top cello seat in the state at the 2019 NC Honors Orchestra. 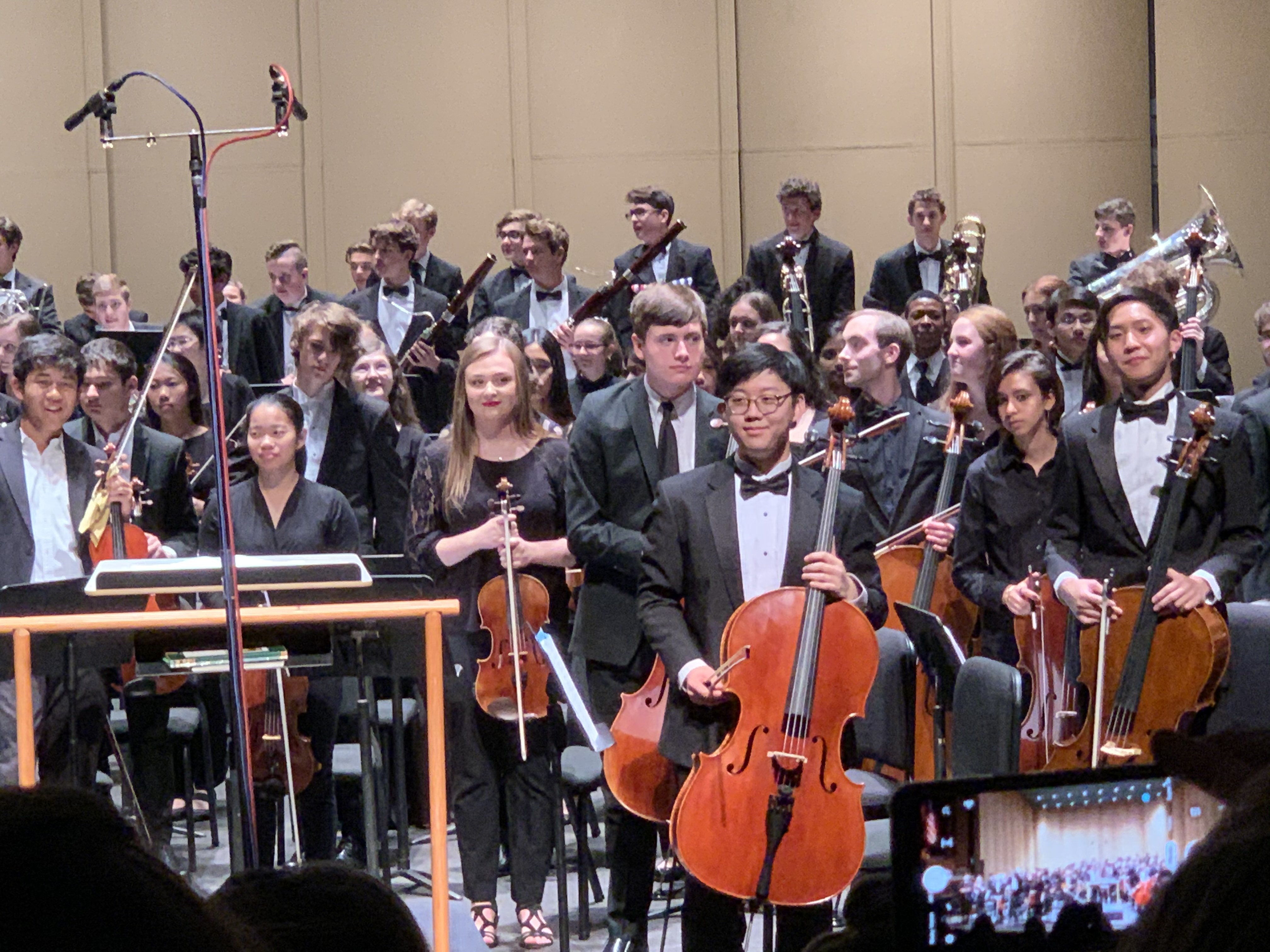 The recognition capped a 10-month process of live auditions, starting at the Eastern Region All-State Orchestra Clinic in February, where he won a top seat and earned a spot at the elite statewide Honors Orchestra. At another live audition on Friday, Nov, 8, he was selected as Principal Cellist for that group. The concert was held Sunday, Nov. 10, in Winston-Salem during the NC Music Educators Association Convention.

All told, David competed against approximately 300 other accomplished cellists to earn this honor.

"Competing against all the other talented musicians was a difficult task, but instead of treating the entire process as a competition, I simply aimed to make the best music I could," he said of the process. "I was really excited when I saw that I got the principal chair. It was really gratifying to earn the seating I had worked to get for so many years. It was really cool to represent Ravenscroft when I was the only one from our school participating."

Pamela Kelly, director of Ravenscroft's Middle School and Upper School strings program, said David embodies the competencies of Lead From Here, making him an excellent ambassador for the school.

"His extraordinary gifts and achievements as a musician are due to not only the many hours, days and years that he has spent practicing and playing his cello but also to the courage and determination he has shown when embracing new challenges and opportunities," she said. "David's selection for this top seat is not only worthy of recognition from a school, local and statewide perspective, but it also puts him in the top-achieving high school students in our country.

"I am so very proud of David," she added.

David said he is planning to continue his cello studies in college, where he hopes to pursue pre-med.