The Raleigh Sports Club honored Ravenscroft football and baseball player Charlie Everhard '20 as their Student-Athlete of the Week at a luncheon on Wednesday, Nov. 13. Charlie was selected for this recognition based on his excellent academic record, his commitment to community service and his success in athletics. 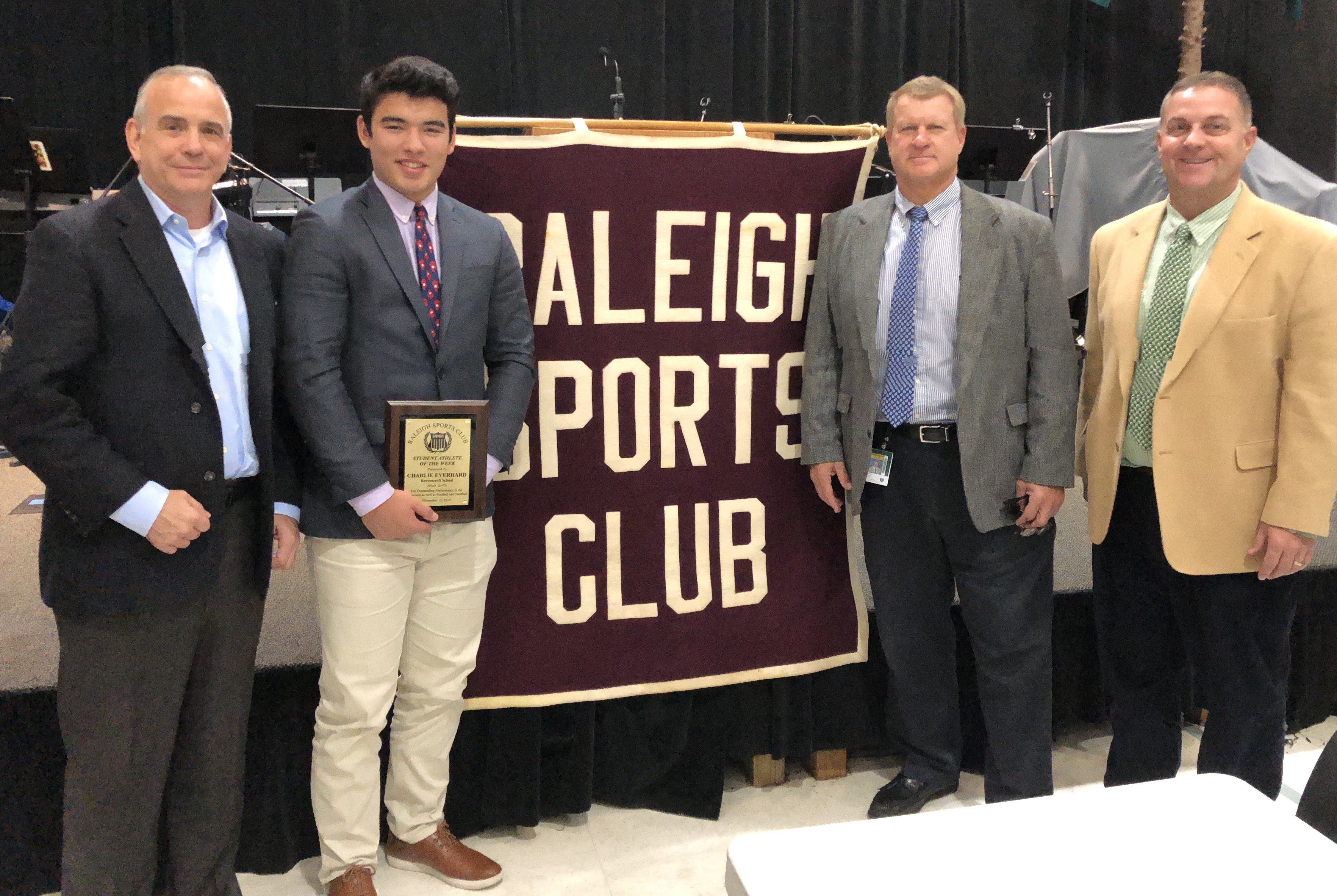 Everhard, a captain of the 2019 Ravens football team (8-4) was a two-way starter at fullback and defensive end this season and led the Ravens to their first home playoff game since 2015.

Jim Gibbons, who as head baseball coach and defensive coordinator for the football team has worked closely with Charlie for the last three years, said he is most impressed by Charlie's selflessness as a leader, which included making a position change this fall to strengthen the football team.

"As a baseball player, he is the backbone of our team as a catcher. He is a rare high school catcher who calls all of the pitches for his team. He catches endless bullpens and never complains," Gibbons added. "Charlie's emotional growth last spring was a huge part of our success. When the team needed him most, Charlie rose to the occasion and produced at the plate."

"Charlie Everhard is the epitome of what you look for in a student leader. He is intelligent, hard-working and vocal in a positive way," he said. "When he speaks, the other students listen. Charlie has the empathy to identify with all levels of students and adults. He has a great presence in our Upper School."

The honor from Raleigh Sports Club recognizes the well-rounded student-athlete— which, Athletic Director and head football coach Ned Gonet said, is the hallmark of so many who wear the green and gold of Ravenscroft.

"Charlie is the standard of a Ravenscroft student-athlete, as defined by his commitment and leadership and the results he is able to accomplish every day, whether on the field or with his studies," he said. ""I am very proud of Charlie's performance both on the football and baseball fields as well as in the classroom. I know he will make a significant impact throughout the upcoming years in all his future endeavors."

Above, Charlie with his father, Conrad Everhard, and coaches Ned Gonet and Jim Gibbons.