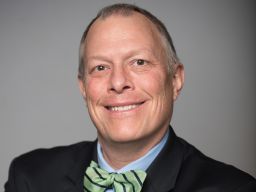 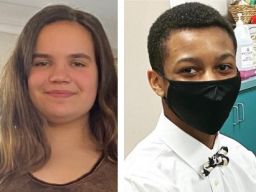 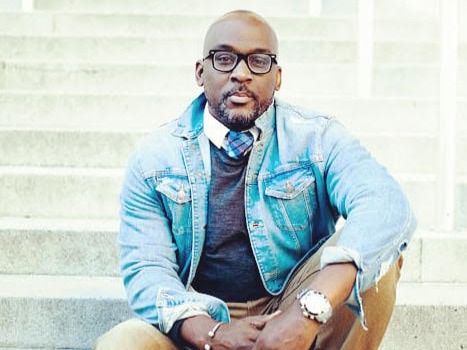 Award-winning and New York Times bestselling author Derrick Barnes joined classes in the Lower School via Zoom on Tuesday, Feb. 23, to talk about his career as a children's book writer and share his latest book, "I Am Every Good Thing," which celebrates a young Black boy with affirmation and joy:

I am brave, I am hope, I am my ancestors' wildest dream.

And without a doubt, I am worthy to be loved.

Barnes said he wrote the book, which is dedicated to Tamir Rice, Trayvon Martin, Michael Brown and other Black boys killed by police or other adults with guns, to push back against negative stereotypes born of bias or ignorance. (

"Anywhere I go, I see babies — and they can be blond-haired, blue-eyed babies — that remind me of my sons. I want everyone to see the same humanity in Black children," he said. "My job as a children's book author is to humanize the Black experience."

"I Am Every Good Thing" debuted at #5 on the New York Times Bestseller List and has already won several literary awards. It follows on the heels of Barnes's other successful books, including "Crown: An Ode To The Fresh Cut," one of the most decorated picture books in children's literature, winning two Ezra Jack Keats Awards, four American Library Association's Youth Media Awards (the Coretta Scott King Author Honor, the Coretta Scott King Illustrator Honor, the Newberry Honor and the Caldecott Honor) and the Kirkus Prize For Young Readers.

As part of his virtual visit, Barnes read "I Am Every Good Thing" and then took questions from his audience.

Lower School students asked Barnes about his role models, his favorite books, his inspirations and his path to becoming a successful author. He shared with them that, at one point when he was without a book deal, he considered giving up on his career. Instead, he continued to write — nearly 30 books over six years — in hopes that an opportunity to publish one of them would come along. "Crown" was that book.

"If I had given up on myself and my hopes and dreams, this would not have happened," he said.

He also described to students his goal: to share positive and uplifting stories about children who traditionally have not been the main characters in books.

"There was a time when I couldn't walk into a bookstore and see someone who looks like me or like my sons on the cover of a children's book," he said. "That's what I try to do, is tell stories that aren't being told. I try to inject my voice into that empty space."

Prior to becoming a published author, Barnes was the first African American male staff writer for Hallmark Card, writing bestselling copy for several lines of products. Today, he lives in Charlotte with his wife, Tinka, a physician, and their four sons, who have often been featured in the illustrations of his books.

"Initially they were excited about that," he said with a laugh, "but they've gotten used to it now. It's not that big a deal to them anymore."

Barnes also shared that he has a big white board in his kitchen where he shares daily affirmations with his sons. "I want to be a beacon of positivity for them," he explained. "Life isn't always going to be sweet — the last 10, 11 months have been a great example of that — but each of us needs to be a difference-maker wherever we go. I want my sons to know I believe they will make a difference wherever they go."

Enjoy this video clip from Barnes's presentation to the Lower School, in which he talks about his reasons for writing "I Am Every Good Thing" and then reads the book aloud.

This author visit is part of the Lower School's celebration of Black History Month. Lower School classes did some follow-up activities, including creating a classroom affirmation wall where they celebrated "every good thing" about each of them. See some of Karrah Lewis's first-grade students sharing their affirmations in this video. 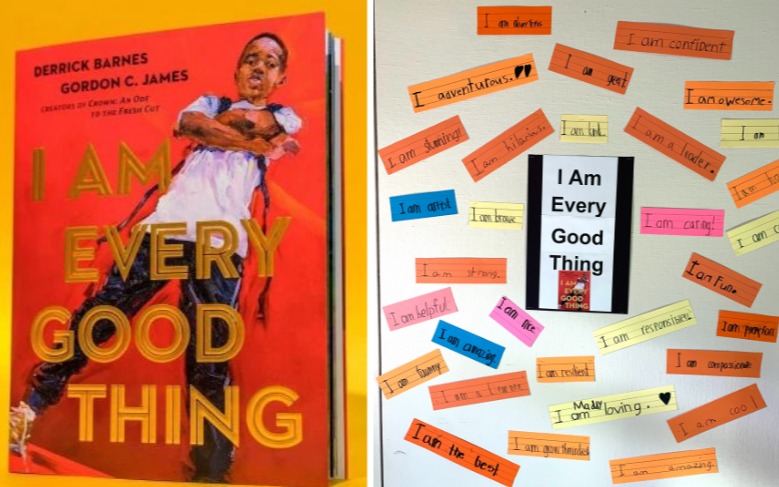