Ravenscroft Athletic Director Ned Gonet was inducted into the first class of his high school's Athletic Hall of Fame on Saturday, Jan. 19. 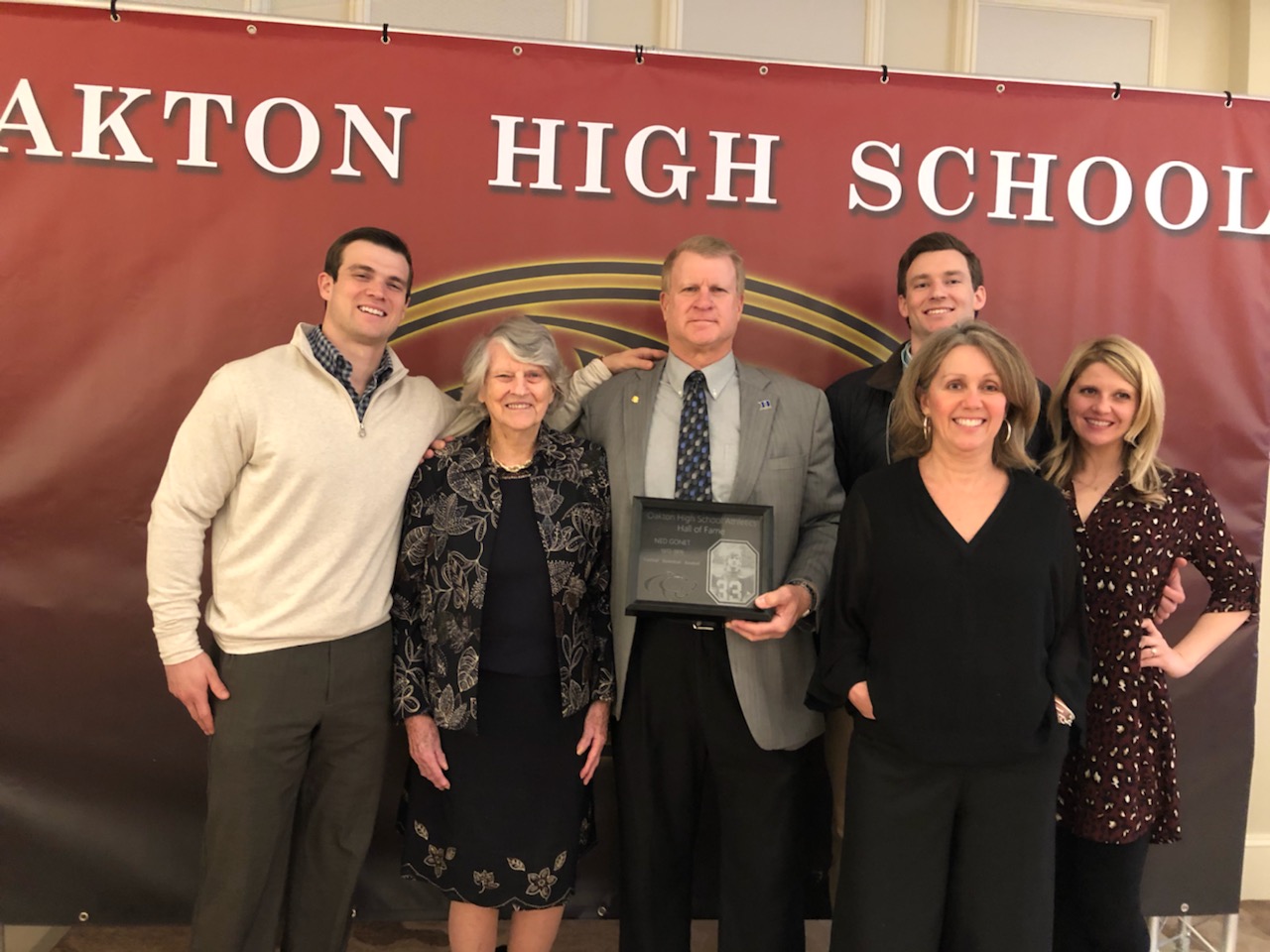 Gonet, who played multiple sports at Oakton High School (located in Oakton, Virginia), was among the 26 athletes, two coaches and three teams selected by the school's committee, which comprised current and former Oakton coaches and others in the school community. The effort involved researching more than 50 years of the school's athletics history.

The induction ceremony was held at the International Country Club in Fairfax. Inductees were announced during the school's basketball game on Friday, Jan. 18. Gonet was joined at the events by his family, including his wife, Becky, and sons Cole '09 and Connor '11.

During his years at Oakton, Gonet played baseball, basketball and football. He went on to play football and baseball for Duke University, 1976-79, and was signed as a free agent by both the San Francisco 49ers and New York Giants.

"I am humbled and appreciative to be inducted into Oakton's first Hall of Fame class," Gonet said. "I applaud the committee for their tireless work on this effort."

In Gonet's tenure at Ravenscroft, his teams have won numerous conference championships and seven state championships, and he has received many Coach of the Year honors from the North Carolina Independent Schools Athletic Association. He received the distinguished Certification Masters of Athletic Administration (CMAA) in 2004. He was inducted into the Ravenscroft Sports Hall of Fame in 2008, received The Chuck Carter Athletic Directors Achievement Award in 2015, and was inducted into The George Whitfield Athletic Administrators Hall of Fame in 2016.