Ravenscroft's athletic department offers 23 sports (boys and girls) and fields 49 teams in those sports at the Middle School, junior varsity and varsity levels. More than 80% of Ravenscroft students in seventh through 12th grades participate in school-sponsored athletics.

We invite you to browse this section of the website to learn about the rich history and tradition of Ravenscroft athletics — both our team sports and our outstanding student-athletes.

Many of our student-athletes have gone on to accomplish impressive feats at the highest levels of their sports. Just a sampling of these accomplishments include the following:

The following Ravenscroft alumni have gone on to compete in professional athletics.

Antwan Harris played running back and defensive back at Ravenscroft, earning four varsity letters in football. He was named Player of the Year in the North Carolina Independent School Athletic Association (NCISAA) and team Most Valuable Player as a junior and senior and was an NCISAA all-state selection in his last three years. He had 223 tackles, 12 interceptions and three fumble recoveries in four seasons. He returned 57 kickoffs for 1,453 yards and three touchdowns and 45 punts for 635 yards and six touchdowns.

Harris totaled 111 tackles (59 solos), seven pass deflections, four interceptions, two recovered fumbles and one tackle behind the line of scrimmage during his football career at the University of Virginia. He had 13 kickoff returns for 240 yards and one punt return for 34 yards. He tied a Virginia record with a 95-yard interception return for a touchdown.

The New England Patriots drafted Harris in 2000, and he played defensive back for the team for five seasons. He won two Super Bowl titles as a member of the Patriots, and forced a fumble by St. Louis Rams wide receiver Ricky Proehl in Super Bowl XXXVI. He scored his first career touchdown on a blocked field goal in the 2001 AFC Championship Game against the Pittsburgh Steelers.

Ryan Kelly averaged 25.2 points per game and 10.2 rebounds per game as a senior power forward on the Ravenscroft basketball team. He led the Ravens to their third consecutive Triangle Independent Schools Athletic Conference (TISAC) championship and a spot in the North Carolina Independent Schools Athletic Association (NCISAA) 3A State Championship finals. He was named the 2008-09 Gatorade North Carolina Boys Basketball Player of the Year, a Jordan Brand All-American, and a McDonald's All-American.

Kelly earned a 2010 NCAA Championship as well as two ACC Championships as a member of the Duke basketball team. He averaged 7.5 points and 3.7 rebounds at Duke while shooting 46 percent from the field. Kelly was named ACC Player of the Week twice during his senior season and earned honorable mention All-ACC honors despite missing 13 games due to injury. Kelly finished his final season with the Blue Devils averaging 12.9 points, 5.3 rebounds, and 1.6 blocked shots in 28.9 minutes.

Kelly was selected by the Lakers in the second round (48th overall pick) in the 2013 NBA draft. He appeared in 59 games during his rookie season, 25 of them as a starter, and averaged 8 points, 3.7 rebounds and 1.6 assists.

After a successful two-time MVP career at Ravenscroft, Zach went onto Virginia Tech and set school records in both the 100 and 200 yard backstroke.

McGinnis was a member of three relay events that hold school records, including the 400 medley relay team that also established an ACC record. McGinnis was the 2012 ACC Champion in the 100-yard backstroke and was a member of the 2013 ACC Champion 400 medley relay team. He was a two-time honorable mention All-American in the 100-yard backstroke.

McGinnis currently competes professionally in the United States Swimming Grand Prix series and other international competitions. He is sponsored by the New York Athletic Club.

Read more about Athletes vs Epilepsy, for whom McGinnis serves as a spokesperson.

Erin Bratcher signed a professional contract with the TSV Krofdorf-Gleiberg basketball team in the Germany-Regionalliga League, on January 15, 2015. Erin graduated from Ravenscroft in June 2010, then played four years at Charleston Southern University.

Cameron Castleberry was drafted #36th overall by the Washington Spirit of the NWSL on January 12, 2017. Cameron graduated from Ravenscroft in June 2013, then played four years at The University of North Carolina Chapel Hill. While at Ravenscroft she played two years of varsity soccer and ran track her senior year, setting a school record for the 20 meter dash (25.17). She led Ravenscroft to a pair of TISAC Conference championships and two NC Independent Schools Tournament semifinals, including a trip to the championship game in 2011. She was named All-State, All-Region and All-Conference in 2011. In 2011, she was the NC-3A Private School Player of the Year, the TISAC Conference Player of the Year, Region 1 Player of the Year and an All-State, All-Region and All-Conference selection, led team that season in scoring with 25 goals and 15 assists.

Ravenscroft's athletic program enjoys a rich tradition in every sport, and there are many individuals who have contributed to successful seasons. Please take the time to identify former players, coaches, and athletic administrators who deserve to be honored for their contributions to athletics on the nomination form or in a narrative. Attach other pages if needed to include information about your nominee(s). Return to the School for consideration for the next fall inductions at the Homecoming football game.

Listed below are the criteria and procedures for induction into the Alumni Association Sports Hall of Fame (revised November, 2002). 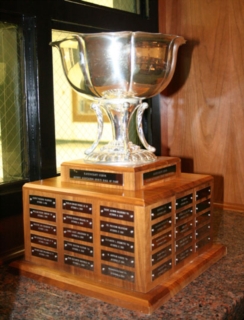 Re-enrollment is now open through the parent portal